We discuss what is involved in corn preparation, masa making, and corn formation for a myriad of corn-based products, such as tortilla chips, corn chips, taco shells, tostadas, and tortillas.

In the 1940s, fried tortillas evolved into mass produced tortilla chips, marking the beginning of corn-based products joining the mainstream snack food industry, and are now one of the world’s most popular snack foods. Not surprisingly, there are different processes and equipment for each line of snack foods, given the large variety of corn-based products. Corn preparation, masa making and forming methods provide many variations in finished corn products–with the shape developed to suit the purpose–for example, tortilla chips for dipping are produced with a curve to pick up dip more easily and chips that are intended for nachos are usually larger to accommodate salsa, guacamole, melted cheese, and other dips.

The corn used for products should be whole grain “dent corn,” free of foreign material and containing a 3% maximum (which affects yield) of cracked and broken kernels. Many manufacturers use yellow corn or white corn rather than blending; however, some processors use a corn variety such as blue corn to differentiate their products. It is essential that clean, uniformly sized, and impurity-free corn is used. The cleaner the corn is before cooking, the better the masa will be later. Broken pieces of corn absorbs larger quantities of water which produces sticky masa and makes sheeting and cutting difficult, resulting in a poor-quality product and downstream processing issues. One measure of corn cleanliness is corn “squeaky-ness” after washing; if corn is squeaky and free of residuals from the simmer/soak cycle, then the corn is properly washed.

The next step is to produce a dough (i.e., masa). When cooking the corn, it is important to hydrate the corn kernels, to loosen the pericarp (external skin), and to rehydrate the corn kernels by simmering and by soaking the corn. Also, to process the masa more effectively without processing problems, calcium hydroxide (i.e., food grade lime, “lime”) must be added to the simmer/soaking liquid to improve the flavor, as well as weakening and removing the outer layer of the corn (i.e., pericarp).

The addition of lime also adds to the product’s flavor and controls the microbial activity, improving shelf life. 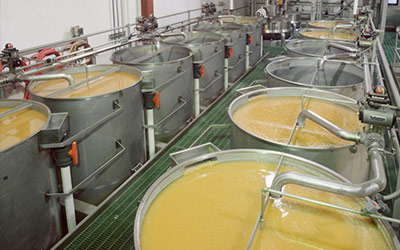 Masa is traditionally made by a process called nixtamalization in which corn is cooked and soaked in a mixture of water and lime. Producing large quantities of masa requires several steps, including dry corn cleaning, dry corn simmering, corn soaking for up to 12 hours or more (depending on the corn), corn washing, draining, milling, and pumping to the sheeter and toaster oven. While this process is very effective and necessary for certain types of corn and corn products, it requires high volumes of water, produces lots of effluent, needs a large floor space, and takes a lot of time (from 8 to 16 hours).

This method simplifies masa production by rehydrating pre-processed corn flour with the assistance of a masa flour mixing system to create the desired dough consistency, followed by sheeting and other methods to create various shapes of tortilla chips, corn chips, taco shells, tostadas, and tortillas. Though this method of producing masa eliminates much of the cost generated by cooking corn, it also eliminates central control of the traditional process vital to producing quality corn products that meet consumer expectations. 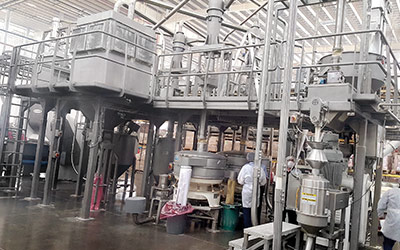 Heat and Control’s Masa Maker™ is the world’s first corn masa making system that creates fresh masa in a fraction of the time with virtually no water usage at a significantly lower cost compared to traditional systems. The Masa Maker’s unique process takes an innovative approach to producing fresh masa by grinding the dry corn kernels first and then nixtamalizing, resulting in fresh masa within 6 to 20 minutes compared to hours required by the traditional process. Masa Maker technology needs no steam generator, simmer kettles, soak tanks, or washers and eliminates water discharge and sewage fees. It allows tortilla and snack manufacturers to produce customized masa almost on demand, eliminating the long lead times for dry corn preparation.

There are two primary methods of forming masa, extrusion and sheeting. This is where form meets function when it comes to how the final product is consumed. These methods form and transfer masa in to shapes that are then toasted or fried. 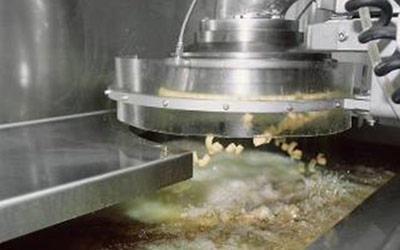 Extrusion is where corn masa is placed in an extrusion chamber and a hydraulic ram forces the masa out small die openings to form corn chips. The extruded chips are dropped directly into hot cooking oil for frying. Making corn chips does not use a toaster oven prior to frying, the difference between a corn chip and a tortilla chip. Tortilla chips require the use of a toaster oven prior to frying. 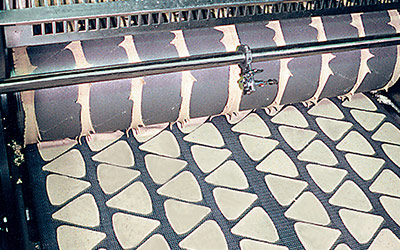 For the sheeting application, masa is fed between two sheeting rolls to produce a thin sheet of masa. The masa sheet is then cut into shapes using a cutting roller that features the desired product shape. There are many examples of a sheeted corn snacks and includes the popular tortilla chips where often the flat sheeted product is cut in different shapes, usually triangles, rounds or strips. Some brands roll the flat/cut masa into a tube-shaped snack called a rolled tortilla chip. Sheeters also form masa for tortillas, tostadas, and taco shells. Once the masa has been sheeted, it then moves to the cooking phase where it is toasted, and/or fried. 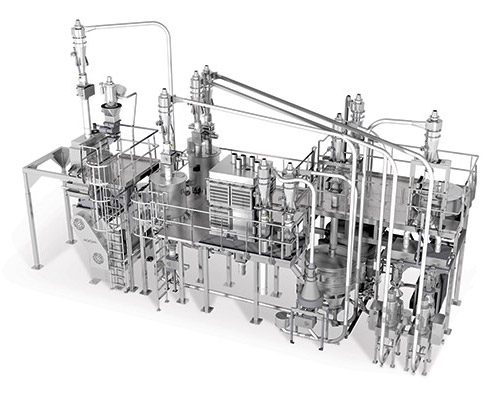 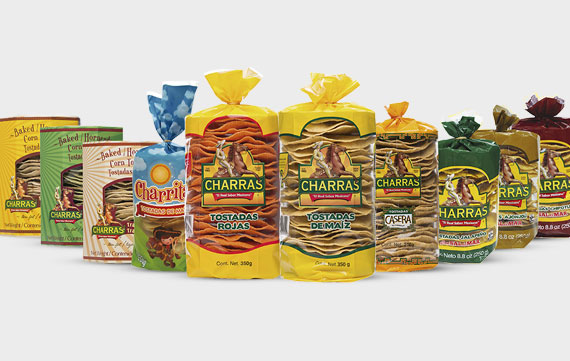 Changing the way the industry thinks about the masa making process 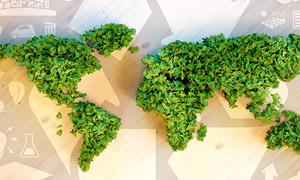