Toshiharu Kageyama, mechanical engineer with Ishida Research and Development in Japan, was awarded the 62nd Kyoto Inventors Award for his invention: the oval-shaped 18-head multihead weigher.

"I am honored to receive this historical award, it is a great pleasure that the product created from my ideas are satisfying customer's needs throughout the world." —Toshiharu Kageyama

High-speed vertical form fill seal (VFFS) packaging machines grew in demand around ten years ago in response to the industry's need for improved productivity. For high speed accurate weighing to effectively support high speed bagmaking, product had to be evenly and consistently fed to all weigh hoppers. If product feeding to each hopper was inadequate, high speed bagmaking became impossible because of a lack of available combination heads. Development of a new multihead weigher capable of high-speed weighing while maintaining high accuracy was imperative and is a key to strengthening Ishida's reputation as the inventor of the modern day multihead weigher. 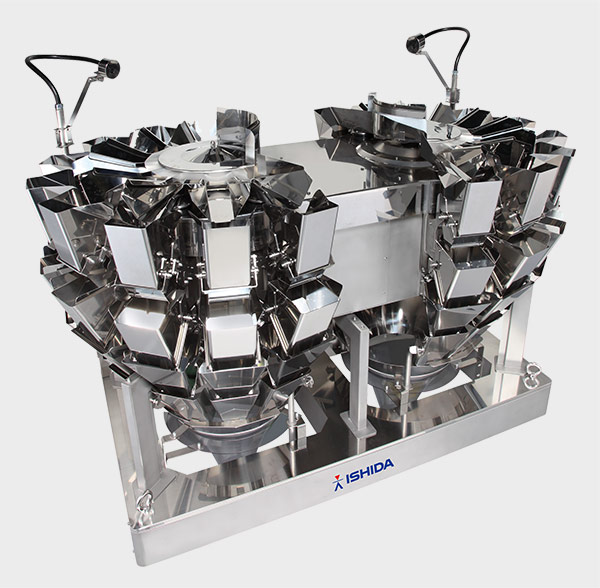 To solve this issue, Kageyama devised a method to rotate the approach route of product to hoppers by using vibration. As a result, product feeding to areas that were difficult to feed now became possible. Additionally, Ishida developed their unique "Back to Back" feeder that distributes products equally to two weighing inlet chutes from a single supply conveyor, as well as the oval-shaped multihead weigher that allows an optimum discharge route to twin VFFS packaging machines. These three elements enable high speed weighing of up to 280 weighments per minute. With this technology, one oval shape weigher does the job of two weighers, providing significant footprint and cost savings. These technologies are patented in Japan, and more than 350 units are installed in packaging lines for snacks, biscuits, and vegetables factories worldwide. Kageyama was also involved in the development of Ishida's Atlas VFFS bagmaker, and with his expertise in packaging systems, is now involved in developing the next generation Ishida multihead weigher. Technology for a new weigher solution includes utilization of artificial intelligence (AI) and will lead to accurate feeding control, to further reduction in product give-away, and to improved production efficiency.