Cape Cod kettle-cooked potato chips have long been the number one brand in the Northeast and are now one of the top-selling brands nationally. Hosting over a quarter-million visitors each year, Cape Cod's Hyannis Port, MA plant and on-site store are one of the top five tourist destinations on the Cape. Product quality and the mystique of its location have developed an almost cult-like following for the company's style of distinctively crunchy kettle-cooked chips. A Japanese jazz musician has even recorded a piano piece titled "Cape Cod Chips".

Imagine the conundrum facing plant manager, Jeff Newell, when the company decided it needed to significantly boost production capacity to keep up with demand. How do you squeeze higher output from the same floor space used since 1980, without changing the quality of a winning product or ruining the charm of a popular tourist destination?

The goal was to make the same product whether we have low-gravity potatoes or high-gravities, and do it with much higher throughput. 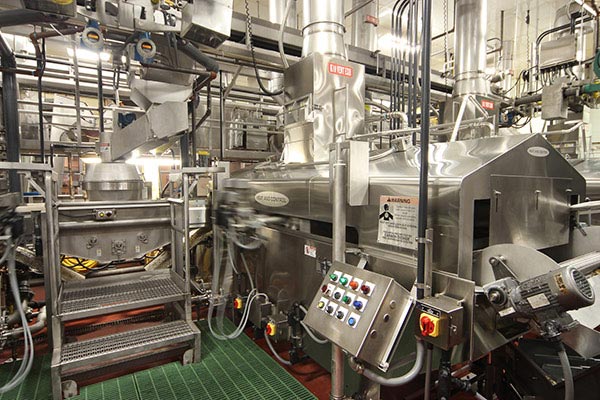 Heat transfer tubes were positioned lateral to product flow with BTUs provided by a new combustion system on the new batch fryers. To preserve floor space, combustion components were mounted above the fryer. 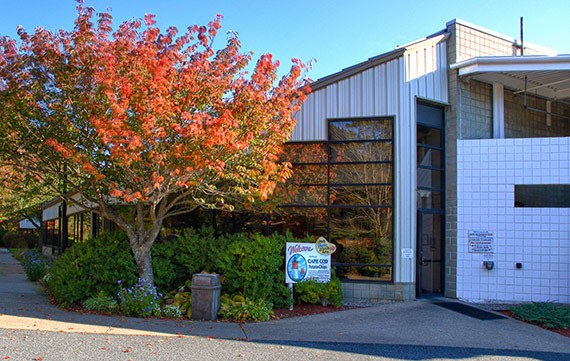 "We were space-constrained, and simply didn't have the ability to make the plant bigger with brick and mortar," says Newell. "The project was based on the premise that the kettles we work with are the original fryers the brand was started with. Our challenge was to replace those kettles without expanding the plant and still make the Cape Cod Potato Chips our customers love."

Larger fryers were out because of space constraints. "We have devoted consumers here in the Northeast," says Newell. "But they know when the product's right, and when it isn't, and they don't hesitate to let you know about it. So, our new kettles had to produce traditional Cape Cod Potato Chips. Any upgrades in production would have to be neutral in the eyes of our customers."

Since the original fryers were Heat and Control Mastermatic models, Newell contacted the company with a "business opportunity" to initially replace six of his 18 batch fryers, and then replace the remaining fryers if the project succeeded. Additionally, Cape Cod Potato Chips wanted fryers providing a higher oil turnover rate and a broader, more controllable frying temperature profile. "The goal was to make the same product whether we have low-gravity potatoes or high-gravities, and do it with much higher throughput," reasons Newell.

Heat and Control's solution was to develop a new fryer based on its proven 800B platform, which closely matched the footprint of Cape Cod Potato Chip's existing fryers. Heat transfer tubes were positioned lateral to product flow with BTUs provided by a new combustion system. To preserve floor space, combustion components were mounted above the fryer, instead of beneath it. PLC-controlled Chip-Stirr systems automatically agitate slices for safe, uniform cooking and discharge of the finished chips. This design met every one of Cape Cod Potato Chip's requirements but introduced yet another challenge in the process: How to cost-effectively remove the significantly greater volume of steam and oil vapors generated by the increased chip capacity.

Cape Cod Potato Chips had utilized separate exhaust hoods mounted six feet above each of the old fryers, although these area hoods pulled a large amount of draft air from the cook room. The new fryers would pull up to 30% more air and add nearly a million dollars to the project for additional air makeup equipment if a similar approach was used. To eliminate this deal-breaker and save energy, Heat and Control equipped each fryer with a hood enclosure, like those commonly used on continuous fryers. In addition to reducing draft air volume to below 1,700 acfm, the hoods blanket the oil with steam, purging oxygen to improve oil quality by reducing oxidation.

Oil Mist Eliminators built into each hood remove oil from exhaust emissions to improve air quality and to prevent potentially combustible deposits of oil from coating the plant's roof. Newell says the Oil Mist Eliminators and the hoods are a big environmental improvement, both inside and outside of the building. "This technology exceeded the expectations of the regulatory agency and they were impressed with the lower particulate numbers given our increase in throughput," he adds. 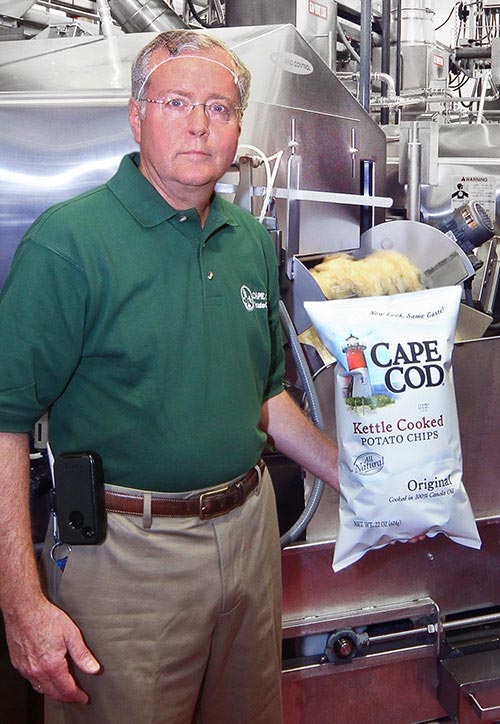 "Heat and Control made sure that the equipment was sized properly, that the combustion system was capable, that the right amount of BTUs were transferred to mimic our profile, and that modulation between high and low fire was programmed into the PLC to do anything we wanted to do," says Newell. It also helped that PLC codes for the new equipment were written on the same basic platform as the old systems; Cape Cod Potato Chip's operators were comfortable with this, so start-up went smoothly.

"We started up the first two new fryers on a Monday, the second two on a Tuesday, and the third set on a Wednesday…and it was almost flawless. We started at the target batch size and never turned back. On the first two kettles we were making the right product within five batches. After that, product was as it should be after one or two batches on the remaining fryers," concludes Newell.

"There is an improvement in product appearance. And because the BTU conversion is so powerful in the new kettles, I get a searing effect early-on in the batch cycle which holds the chips to the right number of fold-overs and a good cup shape," says Newell. "Texture change is neutral," he adds, "which is a good thing. The fact that I'm making significantly more product in the same size of equipment and not sacrificing any texture is a huge positive."

"Innovation and collaboration between our two companies yielded a unique solution in terms of square footage and capacity," says Newell with a smile. "What we ended up with was pretty close to the same footprint. We got a huge boost in capacity, no changes in brick and mortar, all kinds of finished product profile control, significant quality improvements, and a big positive environmental impact," says Newell summing up a successful project.