A leading fruit snack company was struggling to keep up with demand for their top selling range of fruit snacks and needed a solution that would deliver both the speed and accuracy it required as well as a rapid return on investment.

The initial specification was for 200 packs per minute and Ishida was able to demonstrate that it could offer double this speed with high levels of accuracy. The resulting high speed multihead weighing solution includes a 28 head CCW-RV series that is achieving 400 packs per minute.

Ultimately this line has made us far more efficient and for that reason we anticipate a fast payback on the investment. 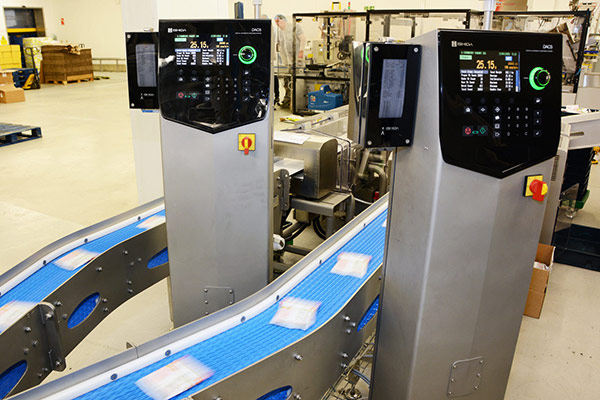 The DACS-G checkweigher provides close monitoring of the operation in order to provide early warning of any problems that could affect the overall speed and efficiency of the line.

The CCW-RV-228 is working in tandem with a 16 head RV model, the 28 head machine weighing primary packs from 16 to 30g of the company’s top selling range of fruit flakes, yoghurt coated flakes and raisins and fruit shapes. The16 head is counting these into groups of 5,6,8,10,12 and 20 multipacks. 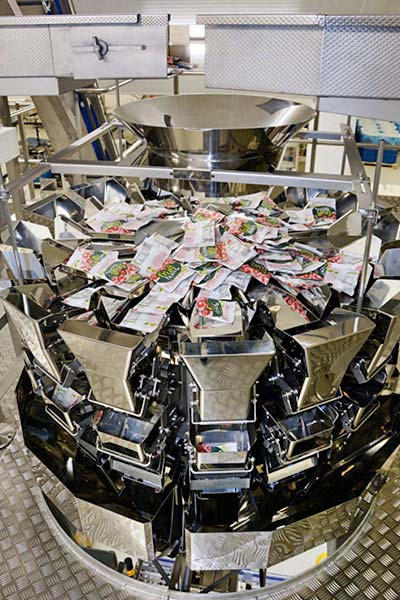 As well as quadrupling the speed of the packing operation, accuracy levels have also been greatly improved. “Product giveaway is a cardinal sin, and this is something we particularly wanted to address with this new installation,” explains the factory manager. “Just half a gram overweight in a 20g pack quickly amounts to a huge amount of free product over a single production run. With the Ishida solution, we are now constantly to within a tiny fraction of the target weight.”

Additional to the two multihead weighers, an existing Ishida DACS-G checkweighers was incorporated into the line. The checkweigher provides close monitoring of operation in order to provide early warning of any problems that could affect the overall speed and efficiency of the line.

Key to achieving the high speeds has been the effective interface between the 28 head weigher and the bagmaker. The weigher itself is split into four sections, each one delivering 100 packs per minute and feeding two timing hoppers positioned above the twin bagmaker. For the bagmaker to keep up with the high speeds of the weigher, it is essential that each drop of product falls as a single slug rather than a long stream.

To achieve this, the profile of the bagmaker former was adjusted to enable the timing hopper to sit as low as possible inside the former. This ensures that product falls as a unit and without touching the sides, which could also slow the discharge into the bag.

The new line now requires five operators instead of six or seven, while delivering nearly four times the output over a 16-hour period than the previous weighers achieved in 24 hours. The Ishida weighers have continued to deliver these benefits, with fast changeovers, easy cleaning and no performance issues since their installation.

“Ultimately this line has made us far more efficient and for that reason we anticipate a fast payback on the investment, furthermore, as well as the speed and accuracy we needed, the line also gives us the flexibility to respond quickly to customer requirements, for example a special promotion, and to be innovative in our product development. Indeed, new pack formats are already in the pipeline.”